Cisco® Catalyst® 9200 Series switches (C9200-24P-E) extend the power of intent-based networking and Catalyst 9000 hardware and software innovation to a broader set of deployments. With its family pedigree, Catalyst 9200 Series switches offer simplicity without compromise – it is secure, always on, and IT simplified.

The C9200-24P-E provide security features that protect the integrity of the hardware as well as the software and all data that flows through the switch. It provides resiliency that keeps your business up and running seamlessly. Combine that with open APIs of Cisco IOS XE and programmability of the UADP ASIC technology, Catalyst 9200 Series switches give you what you need now with investment protection on future innovations.

The C9200-24P-E support dual field-replaceable power supplies (Figure 3). Each switch ships with one default power supply, and a second identical power supply can be purchased with the initial order or can be added at a later time. The second power supply can provide redundancy or additional power to PoE+ ports as needed. 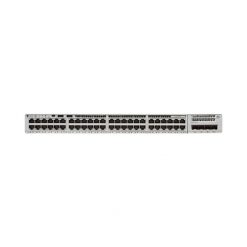 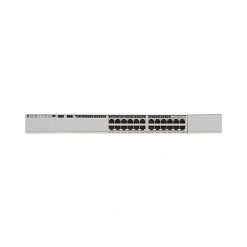